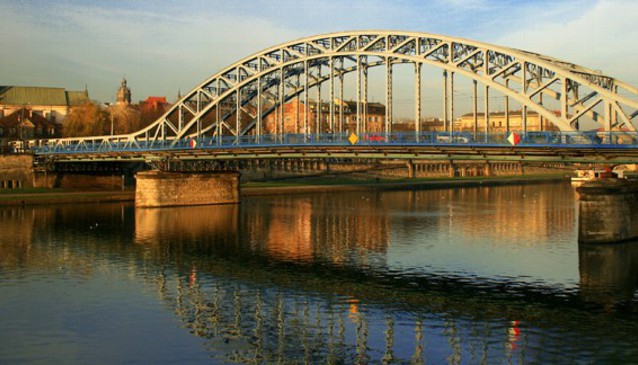 Make a move from Old Town or Kazmierz and see bit lesser known part of Krakow.

Krakow Podgorze is Best For

Across the Vistula from Kazimierz lies the district of Podgorze, now fully integrated into the city of Krakow. Featuring a fine triangular market 'square' and a number of interesting churches, Podgorze is perhaps most famous now for being the location of Krakow's Jewish ghetto, established in 1941 and cramming 15,000 Jews into an area previously housing 3,000. It was here in Podgorze that German industrialist Oskar Schindler had his famous factory and large parts of Steven Speilberg's film 'Schindler's List' were filmed here.

In addition there are a number of other interesting locations: Kopiec Krakusa (the Mound of Krak), allegedly the burial place of Krakow's founder King Krak and probably dating from the 7th century; the tiny and ancient St Benedict's Church on Lasota Hill; Starmach Gallery on ul. Wegierska, which is Poland's biggest private art gallery, holding regular exhibitions of contemporary art; and Liban Quarry, an abandoned quarry that, left to its own devices has become an area teeming with wildlife and waterfowl and also contains remnants of the set for Steven Speilberg's movie concentration camp.