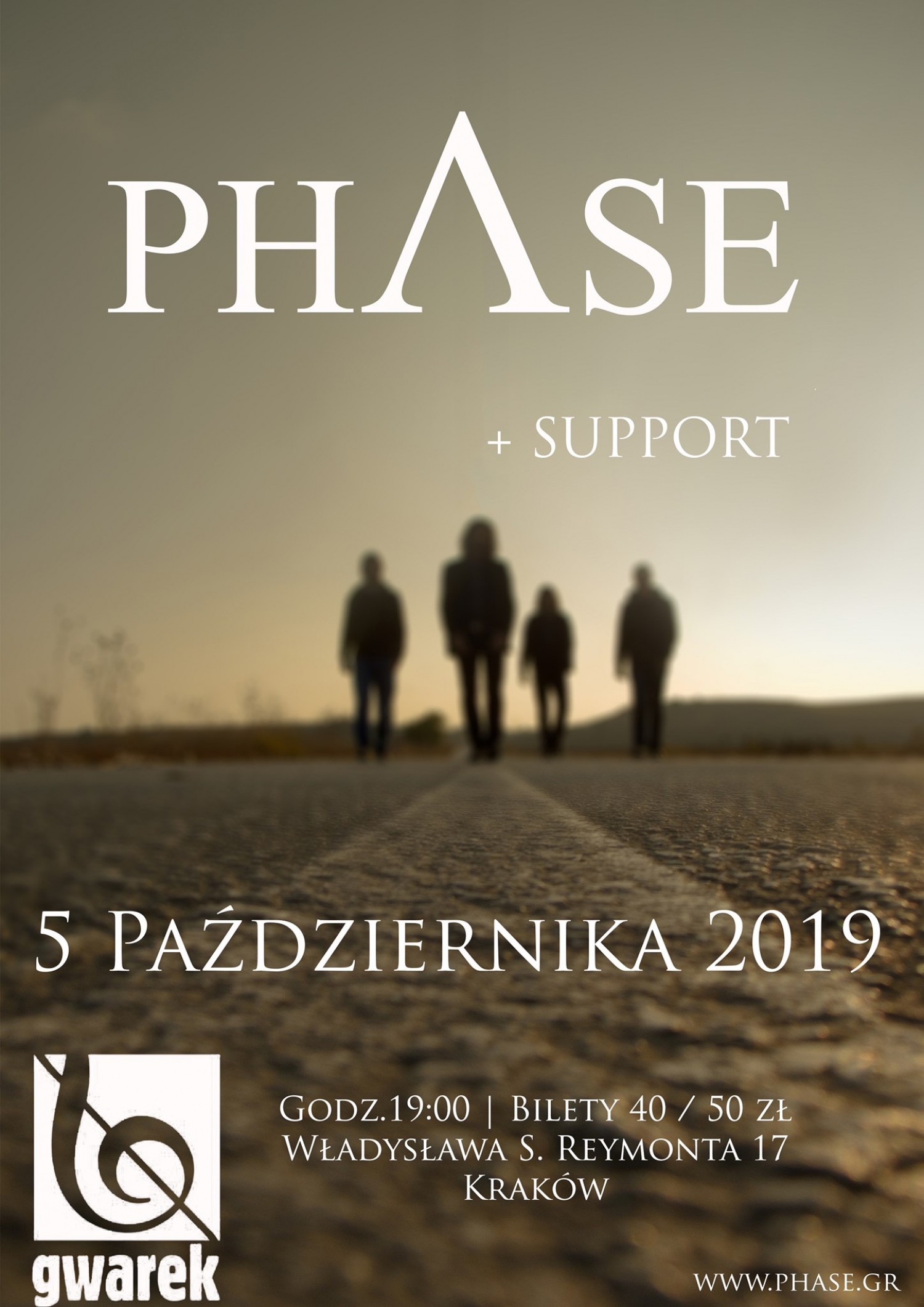 Amidst recording their third album, Phase are set to perform in Poland for the first time kicking off their mini-European Tour in Krakow’s Klub Gwarek.

Phase debuted in 2009 with their digital single Perdition which would later be released under Microsoft’s “Playlist Seven” campaign to promote Windows 7, and was followed by two full-length albums – ‘In Consequence’ and ‘the Wait’. They got noticed by Tom Robinson and aired on his show on BBC6 music, while they've featured in Billboard, having #42 in the ‘Uncharted’ chart and as #12 in the ‘Fastest Rising Act’ chart. From all the safe territories in the world, Phase has performed in Syria, and are said to be the second international rock act, after the Gorillaz, ever to play there. The band has shared stages with various artists some of which had some evident impact on their style like Anneke van Giersbergen, Danny Cavanagh, Sivert Hoyem (ex-Mardugada), Jeff Martin (The Tea Party), The Twillight Sad, Antimatter and more. And as of today, they are on their songwriting retreat in Newcastle upon Tyne, UK aiming to the release of their third album.