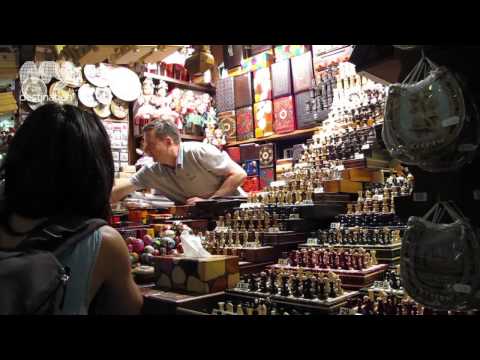 Allegedly first supermarket in Europe! Great idea to check the cafe on the first floor to see monumental St. Mary's church from different perspective and watch Main Square life while sipping your coffee.

All of Krakow, from its winding medieval streets to its modern blocks and outlying parks, spirals out from one central point, the heart and soul of the city, the Main Market Square, one of the largest and grandest in Europe. And at the very center of this square stands the exquisite Sukiennice, or Cloth Hall, a delicately sculpted structure that was once a major center of international trade and is now a city icon. From the Middle Ages, merchants would gather under the hall's gothic arches to trade local goods like textiles and salt for eastern spices and silks.

Today the Sukiennice is not only one of Krakow's most well-known and beautiful landmarks, but continues as an active market, although no longer in international trade. The wooden stalls lining either side of the ground floor are stacked with local crafts and souvenirs, such as amber jewelry, colourful wood carvings, hand-embroidered blouses, wool slippers and crystal glasses.

This city icon became something of a national symbol in the late 19th-century when, after years of decline under the partitions of Poland and Austrian occupation, the decision was made to renovate the building and turn it into Poland's first national museum. The upstairs floor of the Sukiennice became the first site of Krakow's National Museum, and now houses one of the museum's most nationally symbolic collections, 19th Century Polish Painting. The first donations to the collection were made by Polish artists in 1879, marking an important step in the promotion of national culture under Austrian rule. The museum remains a symbol of national achievement today.

From 2006-2010, the gallery's 1300 paintings and sculptures were removed to the castle in Niepolomice while the Sukiennice underwent extensive renovations. The new gallery, open to the public from 3 September 2010, is designed to blend both old and new, recreating the original 19th-century look with carefully chosen colours and decorations, plush sofas and palm trees, but in a decidedly modern setting, with state-of-the art lighting and educational facilities. A multimedia room has been added for lectures and meetings, where nine surrounding glass screens recreate a world 130 years in the past, at the time of the museum's creation, and 'artomaty' - computer touch-screens presenting the history of the Sukiennice and its works of art - allow visitors to delve deeper into the collection.

The gallery is divided into a series of salons that take you on a tour of Polish art history. Among them are the Enlightenment Room, featuring both Polish and foreign classicists, the Michalowski Room, featuring Polish romanticism and the beginnings of nationalist art, and the Chelmonski Room, displaying Polish impressionism and the beginnings of symbolism. Some of the most famous historical paintings of local 19th-century artist Jan Matejko can be seen.

The recent renovations have extended down into the ground beneath the Market Square, with excavations uncovering the foundations of early Krakow. It is the largest underground museum in Europe, and probably in the world, with 6,000 square meters displaying Krakow's history from the city's very roots. Visitors can wander past medieval crossroads and fragments of early paved streets, admire parts of the earliest Sukiennice walls, look over the remainder of wood structures dating from before the city's founding, explore medieval drainage systems, and admire various everyday objects from early Cracovian life. The unfolding of the city's history from its earliest days upward is a sight not to be missed. 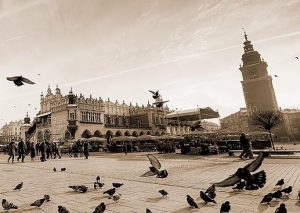 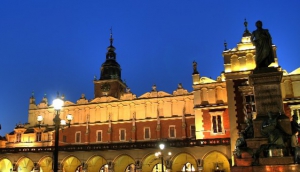