For a full picture of Krakow's Jewish story, don't miss 'Pharmacy Under the Eagle' in the south corner of the Heroes of the Ghetto Square. You'll also like to visit 'Oskar Schindler's Factory', a few hundred metres east of the Square.

Jewish culture has been an integral part of Cracovian life since at least the fourteenth century, when King Kazimierz the Great offered refuge to Jews fleeing persecution in other parts of Europe. By the outbreak of the Second World War, Krakow had a Jewish population of about 60,000, one of the largest in Poland, and a rich, diverse culture with strong elements of Jewish tradition.

Six hundred years of shared culture and history ended abruptly when Krakow fell to the invading German army on 6 September 1939. Shortly afterward, Governor-General Hans Frank began his project of ethnic cleansing with the closure of Krakow's synagogues and confiscation of historical artifacts, looting of Jewish homes and shops, and obligatory armbands marking all Jews over the age of twelve. In April 1940, he declared his intention of making Krakow the 'cleanest' city in the region, a decision which soon led to the removal of all Jews from the city, and to their resettlement within the confines of the Jewish ghetto by 21 March 1941.

The site chosen for the ghetto was in the centre of Old Podgórze, across the river from Kraków's Old Town. Christians were forced to move out of the neighbourhood, and an area of 20 hectares that had previously housed 3,000 inhabitants became a walled enclosure for 15,000 Jews. Even in the ghetto's early days, before a second transit from nearby villages added a further 6,000 to the population, four families shared a single flat.

Jews were forced to remain within the confines of the ghetto outside work hours, and even work outside the ghetto was strictly limited. The wall, styled to look like Jewish tombstones, had four guarded entrances: a main gate on ul. Limanowskiego near Podgorski Market Square, a second on ul. Limanowskiego for army vehicles, a third on ul. Lwowska, and a fourth on Zgoda Square. The greatest problem in the ghetto was hunger; bread was rationed at 100 grams per day, sugar and fat at 200 grams per month. Overcrowding, poor sanitation and malnutrition caused disease to spread and thousands to die.

The first of three series of deportations from the ghetto took place between 30 May and 8 June 1942. Those selected for deportation were rounded up on Zgoda Square; told that they were traveling to Ukraine to work, they were led to Plaszow Station and sent on to Belzec death camp. 4,000 Jews were deported during the first two days of the roundups alone; the SS, however, was unsatisfied with this number and retaliated by massacring hundreds of those gathered in Zgoda Square and in the streets.

On 28 October 1942, the ghetto witnessed the most brutal of its deportations; children were taken from their parents, many of the sick and elderly were killed, children from the orphanage together with their teachers and caretakers were led out of the ghetto and shot, and even those employed by the Germans were rounded up and sent to camps. About 4,500 Jews were deported to Belzec, and about 600 were killed in the ghetto.

Beginning in November 1942, many Jews were sent from the ghetto to the forced labour camp in Plaszow - a memorial now stands at the site of the former camp. In December 1942, the ghetto was divided into sections 'A' for workers and 'B' for non-workers. Many from section 'B' were deported almost immediately; section 'A' was liquidated on 13 March 1943, and all workers were sent to Plaszow. The next day, section 'B' was liquidated and all remaining Jews were either killed or sent to Auschwitz-Birkenau.

What remains of the ghetto today are fragments of the tombstone-like wall (visible at 25 ul. Lwowska and 62 ul. Limanowskiego), and Zgoda Square, renamed 'Heroes of the Ghetto Square' (Plac Bohaterow Getta) and graced with a new memorial that was unveiled in 2005. The memorial consists of a scattering of oversized, illuminated chairs that represent old furniture being thrown out of ransacked homes. The path of the ghetto walls are marked in the square's pavement.

At Number 18 on the south side of the former Zgoda Square stands Apteka Pod Orlem (Pharmacy under the Sign of the Eagle), whose owner, Tadeusz Pankiewicz, was the only non-Jewish Pole to resist resettlement and remain within the ghetto. His pharmacy became the centre of resistance against the Nazis, and now houses a holocaust museum. Just to the east of the square is Oskar Schindler's factory, where about 1200 Jews were employed in an effort to save them from the horrors of the death camps. The factory has been converted into a museum that not only commemorates Schindler's story and the tragedy of the ghetto, but also portrays occupied Kraków and the grim history of the war years. 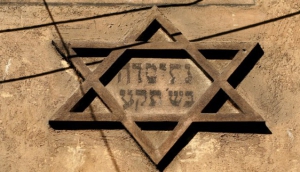 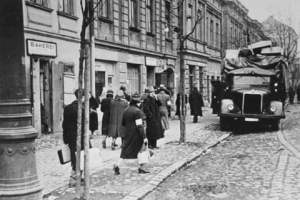 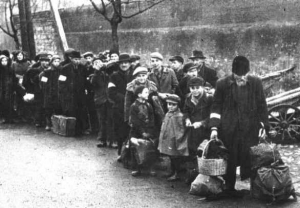 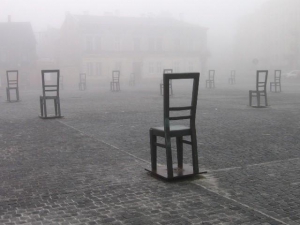 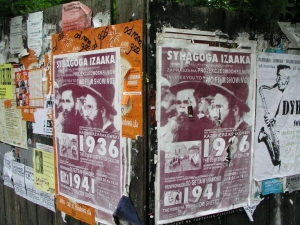 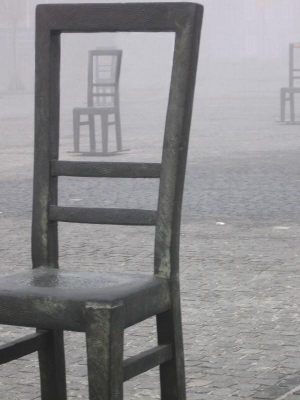