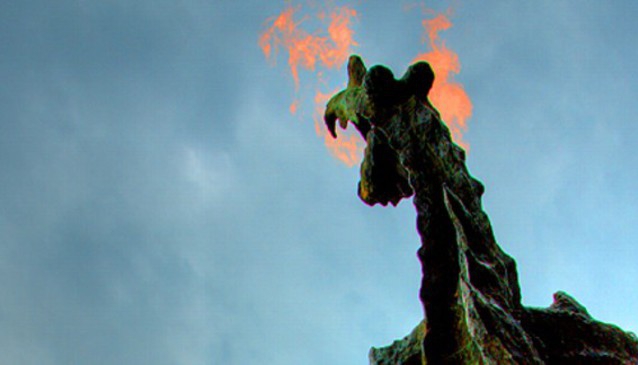 Most famous among Krakow's legends.

No medieval city is complete without a dragon, and Krakow's Smok Wawelski (the Dragon of Wawel Hill) is one of the greatest figures of Polish legend. This horrible beast once terrorized the city, breathing fire and devouring virgins from the surrounding countryside. Poor King Krakus was trembling up in Wawel Castle as all the virgins in the land were sacrificed to the insatiable dragon, until the only one to remain was the King's beautiful daughter. The King grew desperate, offering his daughter's hand in marriage to any man who could defeat the dragon. One by one his bravest knights took on the challenge, and one by one they all were slain. Then one day, along came a young shoemaker's apprentice with a clever plan.

The apprentice, named Skuba, set to work stuffing a sheep with sulphur and tar, leaving it outside the dragon's cave at the foot of Wawel Hill. The dragon greedily devoured the sheep. A moment later, he was seized by a terrible thirst. He rushed out to the river to drink. And he drank, and drank, and drank, but the terrible thirst would not go away. He swallowed nearly half the Vistula River, swelling until he finally burst. The happy apprentice returned to the castle to claim the princess' hand.

A fire-breathing sculpture of the dragon now stands at the foot of his cave. Locals may tell you that he only breathes fire when he smells a tasty virgin nearby, but in fact a gas nozzle in his mouth shoots a small burst of flame every five minutes. After taking your photo at the dragon's feet, you can browse a selection of stuffed dragons and dragon figurines displayed on souvenir carts along the boulevard surrounding the castle hill. The dragon's cave can be entered from the top, just outside the castle walls near the Thieves' Tower; as you descend into the dark limestone tunnel, scan the alcoves and shadowed corners for footprints or marks of the dragon's claws. 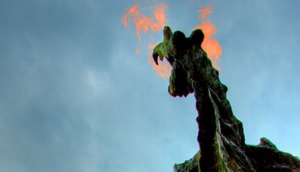 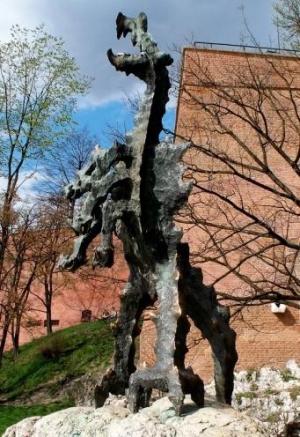 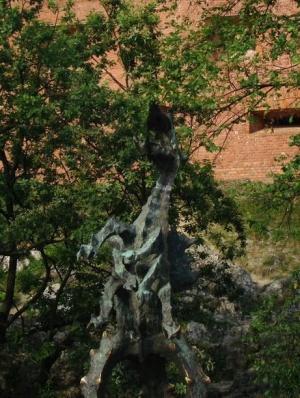