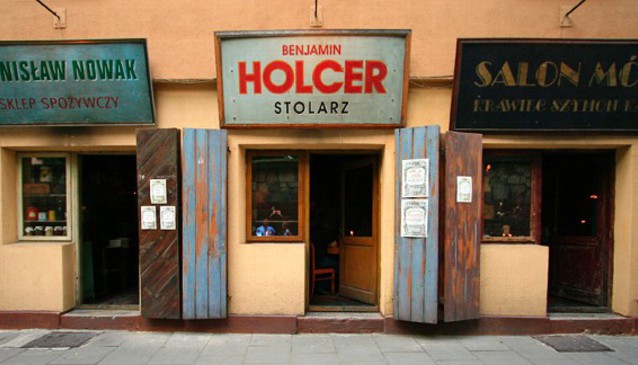 For history, food and nightlife...

Krakow Jewish Neighborhood-Kazimierz is Best For

Originally Krakow’s Jewish Quarter, Kazimierz was for centuries where Catholics and Jews existed peacefully side-by-side, having a noticeably different architectural character than the main city. Jewish people first started arriving here in the 14th century, living in a separate are known as ‘Jewish Town’ up until the 19th century when Kazimierz was incorporated into the surrounding district of Stradom. Jews took part in the town’s extension as investors, architects and building contractors. The social infrastructure living here was the natural basis for numerous institutions and organizations, including political parties and cultural, charitable, artistic and sports associations. Following the disappearance of virtually all the Jewish population in the Second World War and its aftermath, Kazimierz fell into something of a decline, and it wasn’t until the mid 1990s that the area started to be revitalized.

Kazimierz has two main focal points: ul. Szeroka, a wide and long cobbled street featuring the Old Synagogue at one end and numerous restaurants along it; and Plac Nowy, a small square with a flea market, numerous bars and cafes and a bustling nightlife. Connecting these two hubs are networks of small streets containing a huge variety of places to eat, drink and talk. Kazimierz is enormously popular with Krakow’s residents as well as visitors and tourists, and its Annual Festival of Jewish Culture is visited by thousands of tourists from around the world.