Tell us what you're looking for...

In 1596 one of the Popeâs legation to Krakow, Giovanni Paolo Mocante concluded: âAnd this is a true thing â that if there was no Rome, Krakow would be Romeâ. To this day Krakow has been a very popular destination for religious travelers and pilgrims; and this is mostly due to its number and diversity of churches, most of which are noteworthy for their architecture and internal decorations representative of all the artistic eras. Here are some of the most recognizable examples of what you can see, when sightseeing in Krakow.
Cathedral 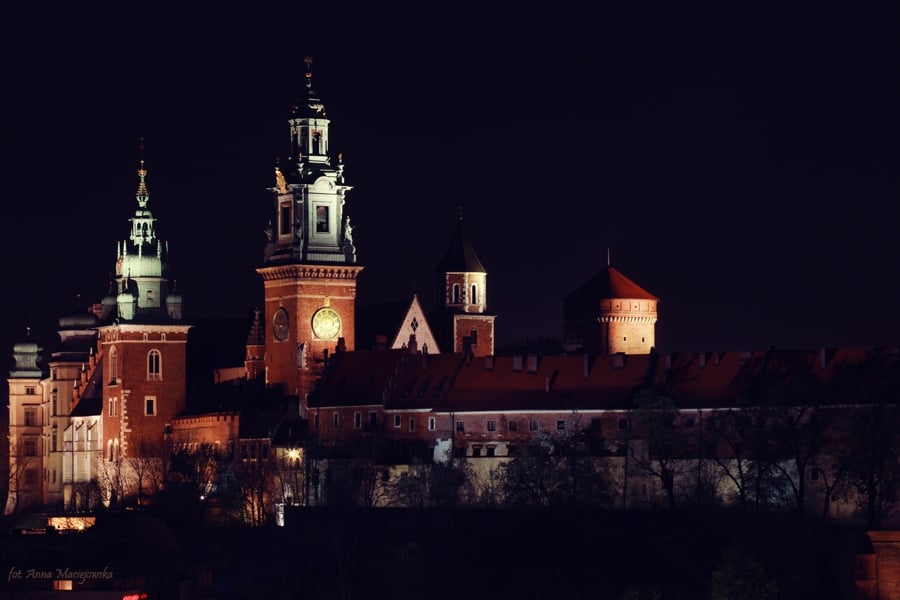 Dating from the 14th century, Krakowâs Wawel cathedral is considered Polandâs spiritual home. Nearly all of Polandâs kings and national heroes are buried here. It was also the cathedral of Archbishop Karol Wojtyla before he became Pope John Paul II. The interior is fabulously endowed with ornate mausoleums, with that of St Stanislaw, Polandâs patron saint, dominating the nave. Of particular note among the manifold attractions are the beautiful renaissance Sigismund Chapel with its golden dome, and St Leonardâs Crypt, dating back to 1126 and where the future Pope John Paul II held his first mass as a priest in 1946. St Leonardâs is just the first of a veritable labyrinth of crypts where one can wander past scores of sarcophagi of Polandâs past great and good. Climb the bell-tower and as well as a view over all of Krakow you will see the huge Sigismund Bell, some eleven tonnes in weight and audible 80 km away. Cast in 1520, the great bell is now rung infrequently, on state or special occasions. 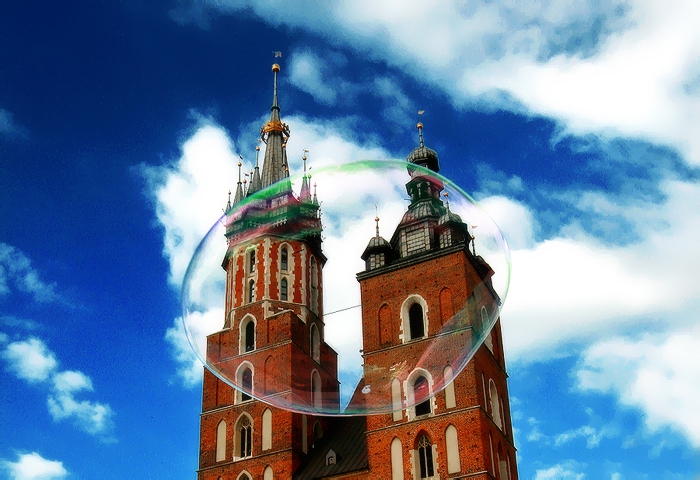 Dominating the north-eastern corner of the Main Square is the brick-built twin-towered St Maryâs Church. According to legend, the asymmetric towers were built by two brothers, the elder of whom killed the younger out of jealousy for his work and then killed himself out of remorse. Every hour on the hour from the taller of the two towers a volunteer trumpeter from the Fire department plays the Hejnal, Krakowâs haunting signature tune, which breaks off abruptly in commemoration of the unknown lone bugler who was shot in the throat with an arrow whilst attempting to warn of Tartar invaders. The highlight of St Maryâs sumptuous interior is the visually stunning 15th century altarpiece by Wit Stwosz, the largest of its kind in the world. 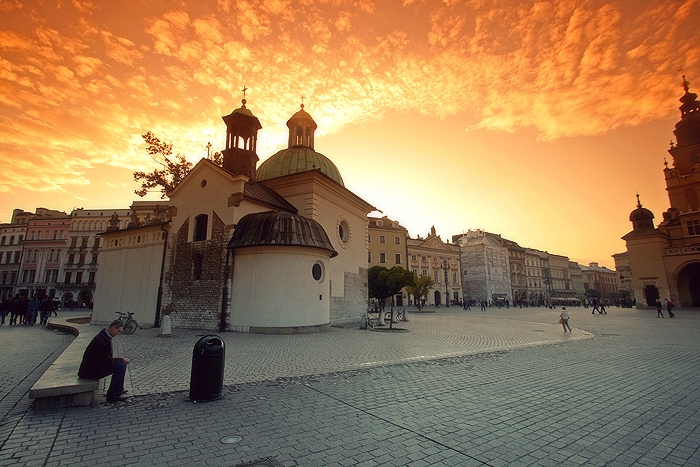 Also on the Main Square, St Adalbertâs Church is one of Krakowâs oldest, and its sunken appearance reveals how the surface of the Rynek has risen over the centuries. Originally dating back to the early 11th century, most of the oldest surviving fragments are from the 11th and 12th centuries, with the dome and much of the main structure dating from the early 17th century. In the basement there is a museum of the Market Square. 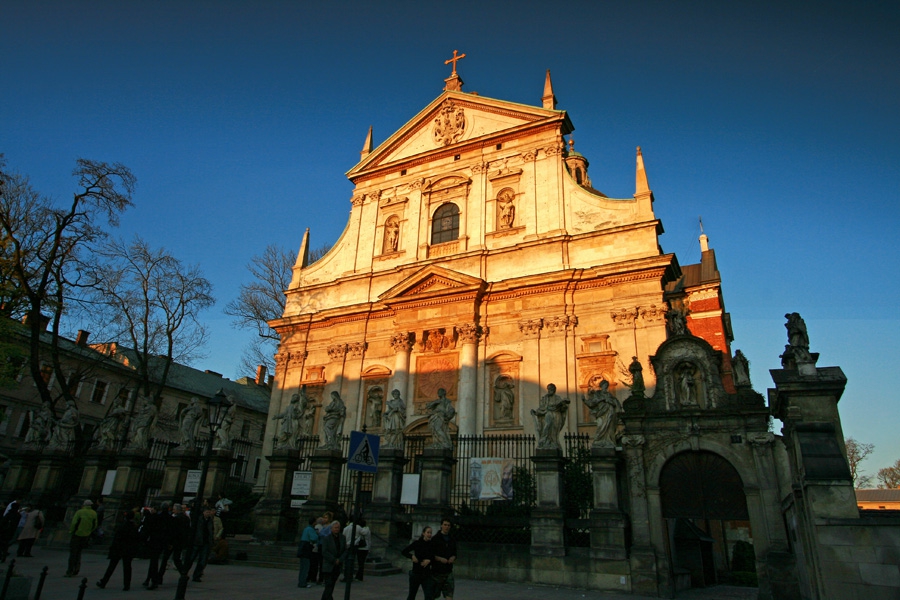 Situated on ul. Grodzka, the church of St Peter and St Paul is a magnificent early Baroque masterpiece characterized by the statues of the twelve apostles lined up in front of it. Construction started in 1596 and, after a few structural problems, the Baroque faÃ§ade was finally completed in 1619. Evidently the cost of this was so great that the remainder of the exterior is plain brick. The front railing was designed in the early 18th century, with the statues of the apostles added a hundred years later (although those currently standing are more recent copies, with the originals kept in a side yard for protection). Inside is a 46.5 meter high âFoucaultâs Pendulumâ by which you can observe the earthâs rotation. 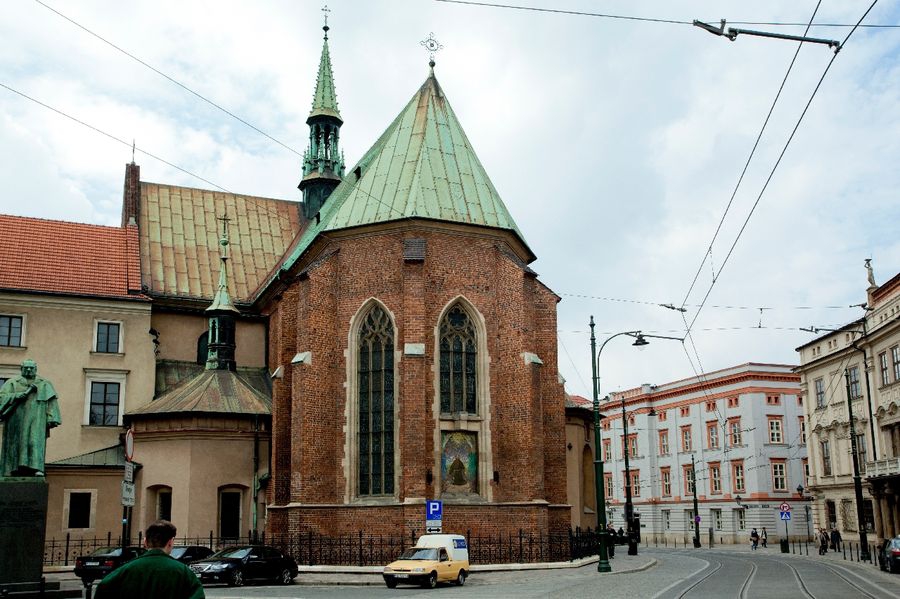 The Franciscan Church on Franciszkanska Street is a brick-built church originally dating from the 13th century but famous for its early 20th century art nouveau stained-glass windows, murals and tapestries by famed Polish artist, writer and architect Stanislaw Wyspianski. The church contains a replica of the famous âTurin Shroudâ. 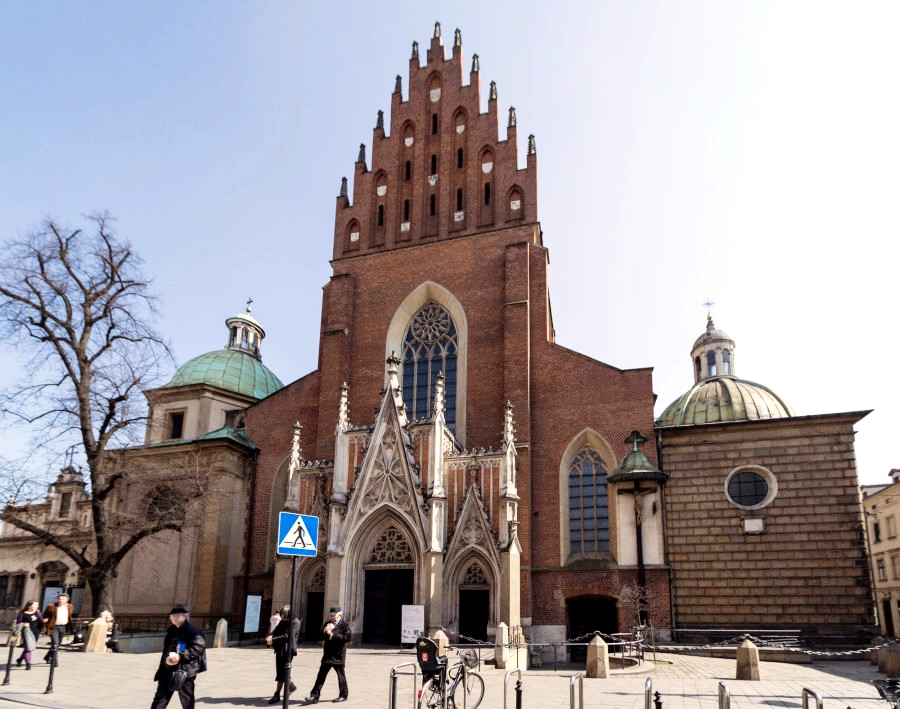 Originally founded in the 13th century, the Dominican Church was rebuilt in 1872 after being almost completely destroyed in Krakowâs great fire of 1850. There are more than 100 Dominican brothers from around the world attached to the cloisters. The church is a popular evangelical centre, and Masses are very well attended. 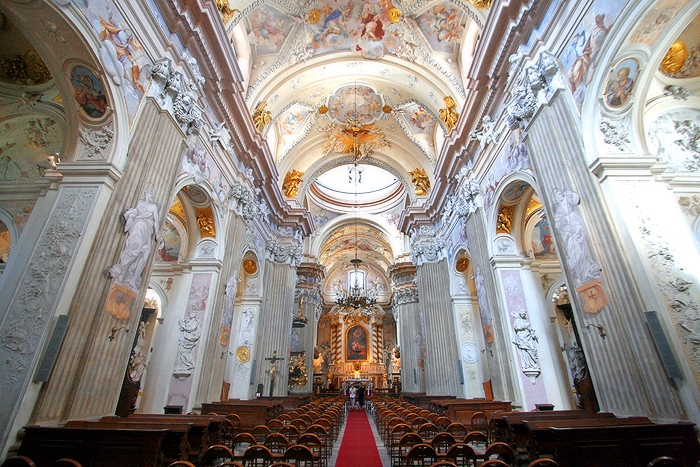 One of the most beautiful Baroque churches in Poland, full appreciation of St Anneâs magnificent exterior is somewhat tempered by the narrowness of the street in which it stands. Unlike many of Krakowâs old churches, St Anneâs is noteworthy for the consistency of its Baroque style both inside and out. Indeed, the interior is a breathtaking illustration of the beauty of the High Baroque, with an abundance of fine paintings, sculptures, gildings and a frescoed dome by Carlo and Innocente Monti. 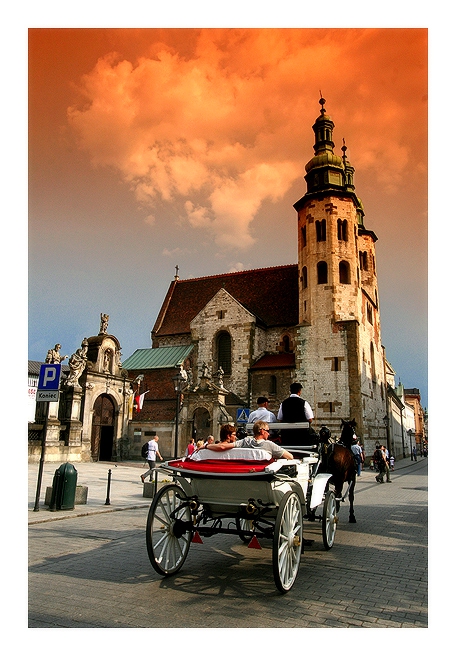 Standing adjacent to the Baroque grandeur of the Church of St Peter and St Paul is the austerely handsome St Andrewâs Church, dating from the 11th century and considered one of the finest examples of Romanesque architecture in Poland. It is a rare example of what was known as a fortress church, and has small openings in the faÃ§ade that could serve as defensive windows. It was the only one of Krakowâs churches to withstand the Tartar invasion in 1241. In rather bizarre contrast to St Andrewâs understated exterior is the opulent Baroque interior from the early 18th century.

Church Of The Holy Cross 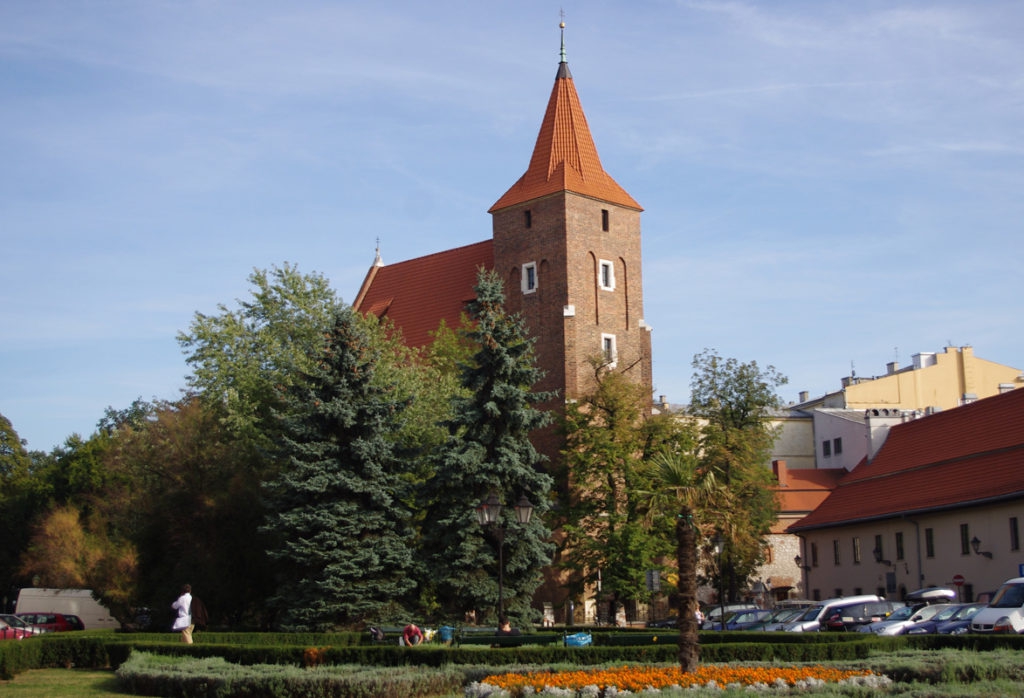 A massive and imposing single tower Gothic church tucked behind the Slowacki Theatre, the Church of the Holy Cross has an exceptionally well-preserved interior; a single central pillar supports the ceiling of the nave, with intricate vaulting ribs radiating from it, somewhat in the style of a palm tree. The interior receives plenty of natural daylight and there are a number of beautifully coloured paintings dating back to the 15th century. 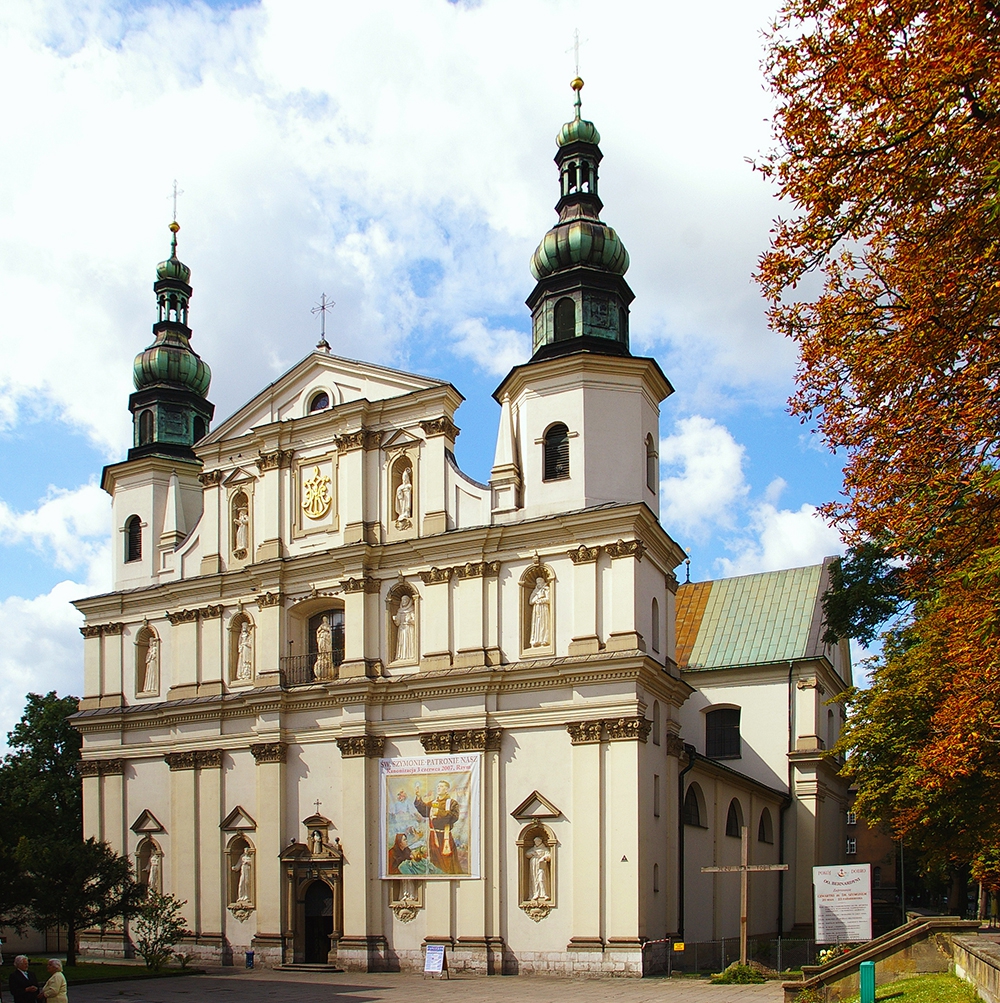 The 15th century church built at the foot of Wawel Hill to the south of the Royal Castle was burnt down in 1655 as the invading Swedes were upon Krakow, in order that they may not use it as a base. In 1659 work started on the new Baroque church that occupies the site unchanged to this day. Worthy of note is the marble shrine of the Blessed Simeon of Lipnica. The church has excellent acoustics and frequently hosts classical concerts by local ensembles. 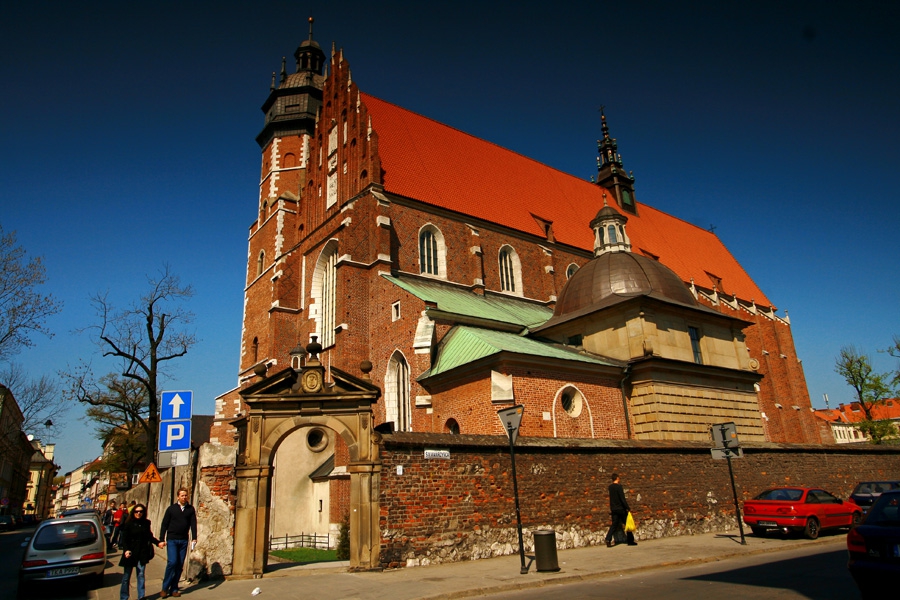 One of Krakowâs largest, and indeed finest, churches, Corpus Christi â located on the corner of Plac Wolnica and Bozego Cala in Kazimierz â was started in the mid-14th century. Built in the grand Gothic style, it has a very high interior that was lavishly appointed during the 17th century by wealthy local merchantmen. The church has an elaborate boat-shaped pulpit, supported by mermaids and appears to be sailing through the church. Even more impressive is the altarpiece, which reaches nearly to the lofty ceiling and evokes awe in worshippers to this day. 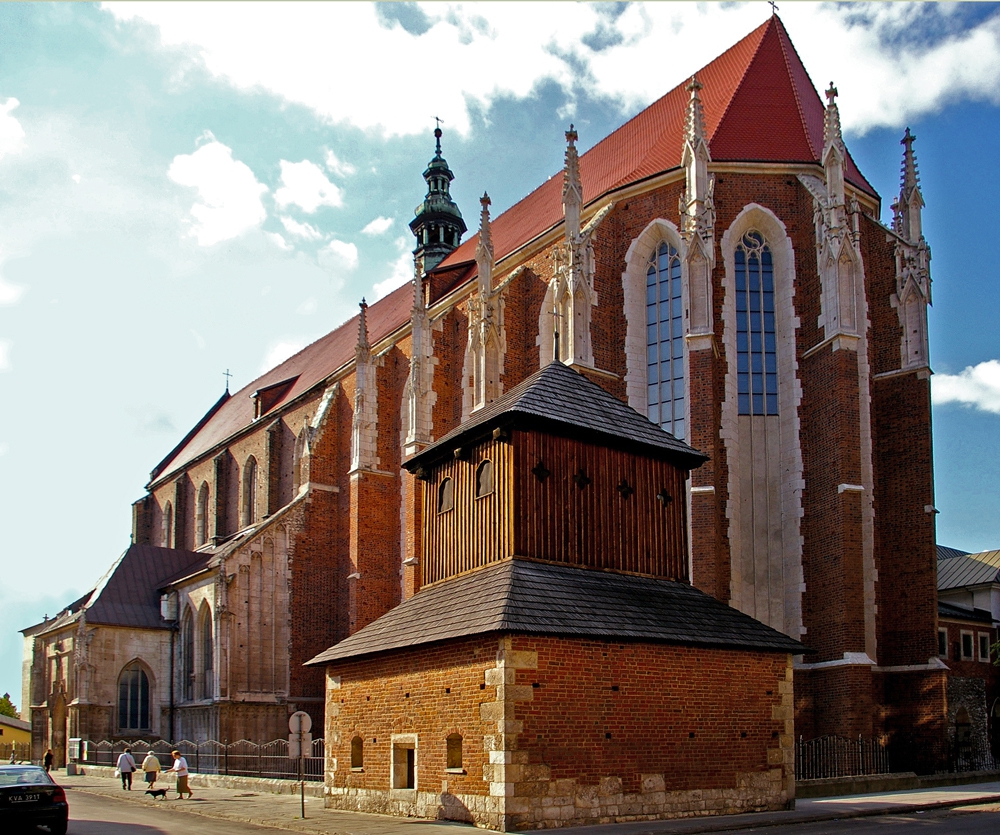 St Catherineâs Church in Kazimierz was reputedly ordered built by King Kazimierz the Great in 1363 as penance for the murder of Father Marcin Baryczka in 1349. Considered one of the finest high Gothic churches in Poland, it has no tower. Affected badly by the depredations of time, vandalism and its brief transformation into a warehouse in the 19th century, nevertheless the magnificent 17th century Baroque high altar with its painting of âThe Mystical Marriage of St Catherineâ by Andrea Venesta has been preserved. Adjoining cloisters contain recently restored frescos, and the church is very popular as a venue for classical music concerts due to its exceptionally fine acoustics.

Skalka Church (Church on the Rock) 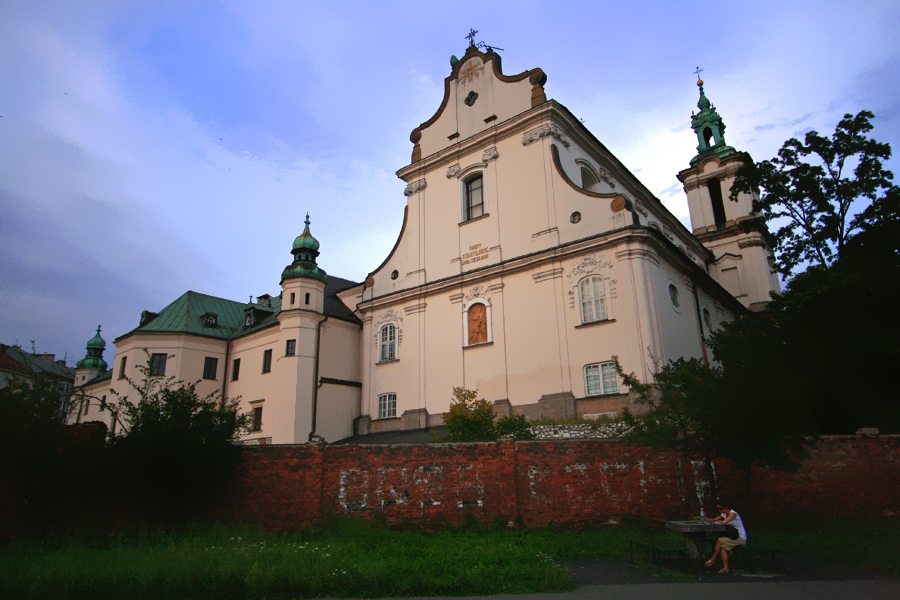 The Paulite Church âOn the Rockâ was built on the site of the former St Michaelâs Church where Bishop Stanislaw of Szczepanow, later St Stanislaw, was murdered at the altar in 1079 at the behest of King Boleslaw the Bold. An epic twin marble staircase leads up to the current church, which dates from the mid 18th century and is in the late Baroque style. The crypt was dedicated in 1876 as a national pantheon for heroes of Polish culture. Among others buried there are Stanislaw Wyspianski and, most recently, Nobel Prizewinner Czeslaw Milosz, who died in 2004. According to one legend, the quartered body of the slain bishop was carried by eagles and placed in the adjacent pond, whereupon the pieces grew back together. Perhaps unsurprisingly, the waters are reputed to have healing qualities.

The Sanctuary of the Image of the Divine Mercy 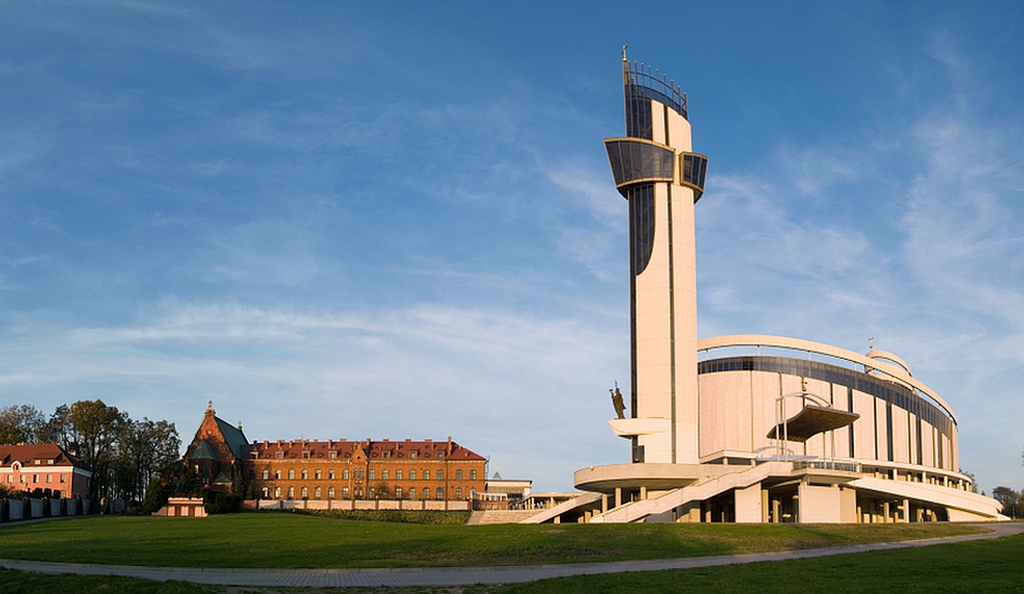 In 1931, Sister Faustina of the Sisters of Our Lady of Mercy received the first of a series of divine revelations, in which Christ the Saviour appeared to her and asked her to commission a likeness of Him bearing the inscription (in Polish) âI trust Theeâ. Over a series of subsequent appearances He revealed his dogma of âDivine Mercy. Despite reluctance on the part of the Vatican, the Divine Mercy image and Sister Faustinaâs conversations with the Christ became increasingly widely known throughout Poland. Sister Faustina, who died in 1938 at the age of 33, was beatified in 1993 and canonized in 2000. The sanctuary now has brand new modern basilica, consecrated in 2002 by Pope John Paul II. 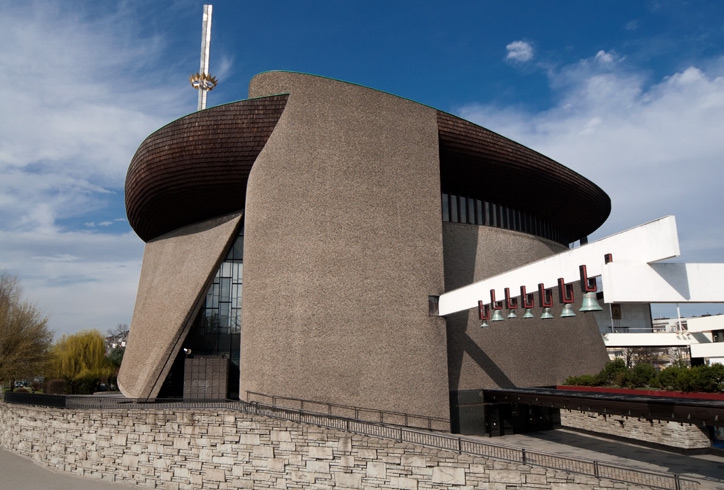 One conspicuous but perhaps not too unpredictable absentee from Stalinâs plans for the Socialist Realist new town Nowa Huta in 1949 was any kind of church. Starting in 1967, and with the blessing of the then Bishop Karol Wojtyla, this modern church, designed by Wojciech Pietrzyk and resembling Noahâs Ark, was built entirely by locals, who mixed cement by hand with spades and sourced the two million stones needed for the facade with no assistance from the authorities. After many delays, including the discovery of a WWII ammunition dump, Cardinal Karol Wojtyla finally consecrated the church on May 15th 1977. This church became symbolic of Polandâs struggle with, and eventual overthrow of, communism. Among a frankly bewildering variety of artifacts in Arka Pana (literally âArk of the Lordâ) are a piece moon rock brought back by the crew of Apollo 11 and a half meter tall sculpture of Our Lady of the Armoured made entirely from shrapnel recovered from Polish soldiers wounded while fighting for the Allies at Monte Cassino.

Of interest to English-speaking visitors for its regular Sunday 10.30 Mass in English, the church hosts regular classical and vocal music concerts every Wednesday, Friday, Saturday and Sunday from 7 p.m. A charming church in its own right, the current building dates from the 14th century and is the final church as you travel down Grodzka towards Wawel.