Worth seeing for religius ones and for those who'd like to follow the footsteps of Pope John Paul II in Krakow.

The Sanctuary of Divine Mercy is a massive modernistic structure that surprises the Kraków skyline with a towering silhouette wholly unlike the city's multitude of ancient churches. From its humble beginnings as a simple convent dedicated to the moral instruction of young women, it has risen to become one of the biggest centres of pilgrimage in Europe.

Founded as the convent of Our Lady of Divine Mercy in the 19th century, in what was then the village of Lagiewniki to the south of Kraków, the site became famous in the 1930s when a young nun named Faustyna was visited by visions of Christ. In her visions, Christ spoke to her of God's divine mercy and instructed her to keep a diary of their meetings. Her diary has been translated into many languages and remains today an important text in the Catholic faith. Saint Faustyna was canonized in 2000 in a massive ceremony linked between Rome and the Sanctuary in Lagiewniki, attended by thousands. The Sanctuary of Divine Mercy now holds relics of Saint Faustyna, and continues to share Christ's words to her with the world.

From its founding, the convent of Our Lady of Divine Mercy has sought to instil respect for others, Christian values and trust in God through its instructional home for girls in need of moral guidance, which operated from the convent's early years until the majority of its property was confiscated by the communist state in 1962. The property as well as the institution were returned in 1989, and were expanded to include a boarding school, high school, vocational beauty school and gastronomy school for young women in need. The Sanctuary receives over two million visitors every year, in view of which the complex has been developed in recent years with a retreat centre, pilgrimage house and parking areas. Even the unbelieving can appreciate the beautiful view of Kraków from the basilica's massive tower. 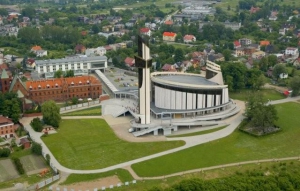 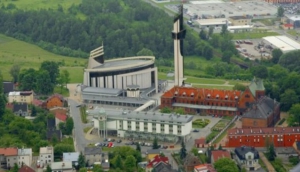 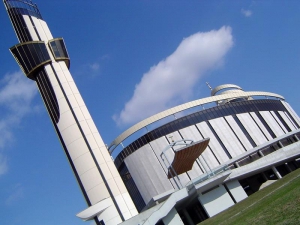 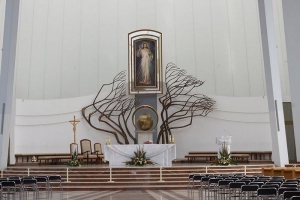 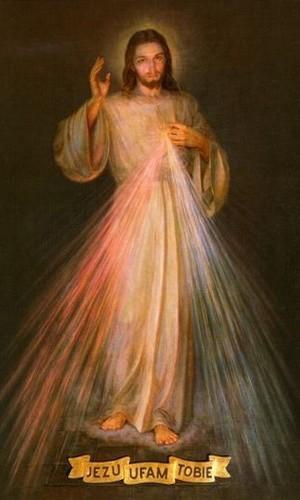