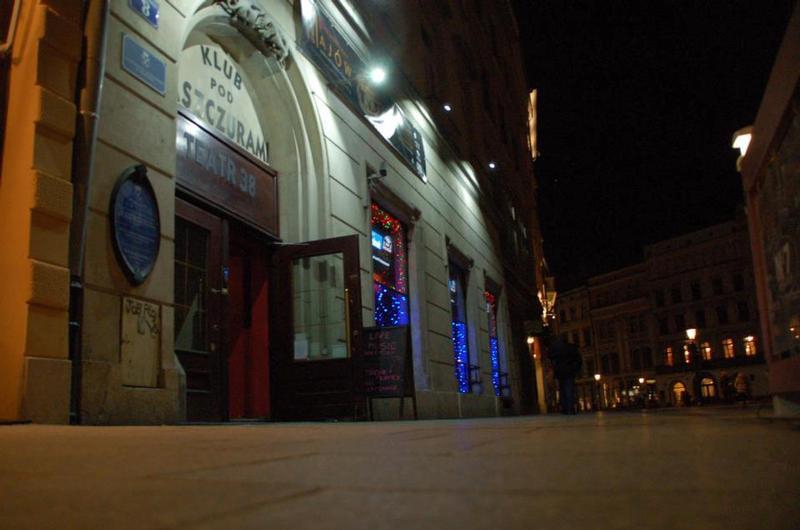 One of Krakow’s institutions, Pod Jaszczurami (“Under the Lizards”) has been a magnet for students, music fans and cinema enthusiasts since 1969. Occupying a large stone townhouse on the eastern side of the Main Market Square, the large ground floor room features a vaulted gothic ceiling somewhat reminiscent of a medieval church and listed by UNESCO in recognition of its gorgeousness.

But how many medieval gothic churches host cultural and political debates, films by the likes of David Lynch and Pedro Almodovar, concerts by artists ranging from hip-hop to indie, via metal and jazz, and on top of all that have a fully featured bar selling some of the most reasonably priced beer in the centre of town? And if that’s not enough, for the warmer months of the year the outside terrace permits you to enjoy that beer while watching the world go by (or reading your book, of course).

Posted next to the entrance is a list of upcoming events – occasionally these will be marked for students only, but the vast majority are open to all-comers and are usually reasonably priced. By the way, those visitors to Krakow who may find the evening activities at Pod Jaszczurami a little too, er, youthful, are nevertheless strongly recommended to pop in during the day, when one can enjoy a quiet cup of coffee and a chat whilst admiring that magnificent ceiling.