Award-winning cuisine based on the best ingredients and proven recipes from the traditional Polish borderlands.

Those who know their Polish history will be aware that the country's borders have moved around a fair bit over the centuries, with an area to the east of modern Poland extending from Lithuania to Western Ukraine that Poles refer to as the borderlands. It is from this former territory that Jarema - named after the Lithuanian Prince Jeremi Wisniowiecki - sources much of its traditional cuisine.

The restaurant itself is located on Plac Matejki, a rather grand square located just to the north of St Florian's Gate and the Barbican. In keeping with its surroundings, the restaurant's interior harks back to a bygone age with 19th century décor, old oil paintings and hunting trophies, further complemented by waitresses in traditional costume. Live Polish folk music adds to the atmosphere.

A glance at the menu reveals a long list of regional treats with, perhaps surprisingly, a fair amount for vegetarians. Nevertheless meat-eaters can choose from beef shank, haunch of venison, wild boar and roast goose, alongside various typical snacks and sides. You'll not find any pizza, pasta or burgers here, but the choice is varied enough to satisfy any palate, and it shouldn't be assumed that all dishes are heavy (although some are undoubtedly very hearty). The wine list is dominated by Italian wines, which is unsurprising given the long historical links between the two countries, and you may well be tempted to complete the experience with an ice-cold vodka.

There are restaurants in Krakow that are quite clearly aimed at tourists, but Jarema is different, being something of an institution that offers its guests the real experience of a style of cuisine little known in the West, in comfortable and elegant surroundings. 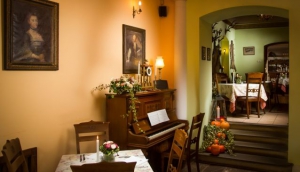 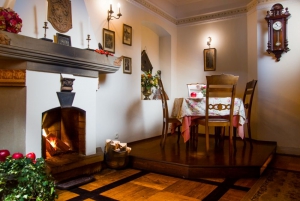 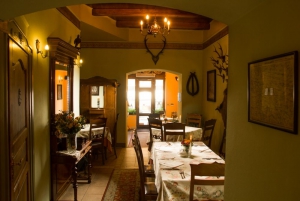 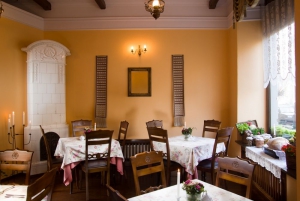 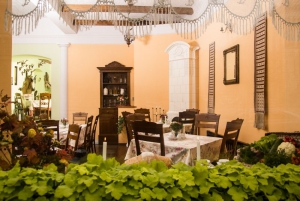