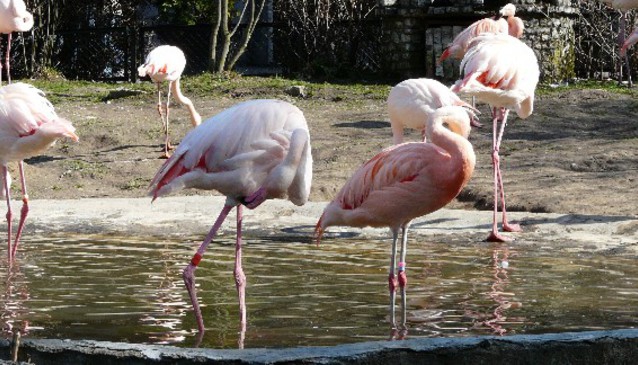 Part of Krakow's exceptional charm comes from its deceptive size and somewhat bucolic atmosphere. One of Poland's largest cities and the country's cultural capital, it remains nevertheless deeply rooted in its surrounding countryside, and a short stroll or unexpected turning in the road can take visitors straight out of the city bustle and into the peaceful hills and forests typical to southern Poland. One such surprise is the vast Wolski forest, about 10km west of the Old Town, a short bus ride or pleasant stroll away from the busiest streets and tourist hub. As you wander between hushed trees and gaze out on green horizons, it's hard to believe that cityscapes, both ancient and modern, stretch out around you.

Deep in the center of the forest is the Krakow Zoo, directly accessible from the city centre by a convenient bus service. A mid-size enclosure covering 17 hectares and housing over 1400 animals, the zoo has a wide range of species and quite a long history. While the first documented wild animals to arrive in Krakow were a pair of lions brought from Florence in 1406, a royal menagerie certainly existed from the middle ages. The modern zoo, however, was opened in the Wolski forest in 1929; at the time, its most exotic animals were monkeys. Apart from the transportation of many of the zoo's animals to Germany during the Second World War, through which six Polish bison were killed in the bombing of Berlin, the Krakow Zoo's collection has continued to grow steadily since its opening.

Today, visitors can admire 285 species, including 88 endangered and 32 that are near extinction. The Zoo aims to protect these species by providing a safe environment for reproduction and reintroducing them to nature. So far, they have successfully reintroduced tortoise and bobcats. The zoo also provides educational talks for children, as well as presentations and interviews. Children and adults alike come in the thousands every year to admire lions, wolves, flamingos, parrots, lemurs, llamas, camels, several types of antelope, pygmy hippos, Przewalski horses, Somali wild ass, Père David's deer, and many, many more. With a snack stand nearby, a vast park all around, and a bus stop right at the zoo's doorstep, it makes for a pleasant day trip.