Our favourite is the view from Kopiec Krakusa in Podgorze.

If you gaze down Pilsudskiego Street from the Planty, out toward the wide green meadow called the Blonia, you will see at the top of the distant hill a distinctly man-made mound of earth rising above the trees and rooftops. This is Kopiec Kosciuszko, the Kosciuszko Mound, one of four such structures in Kraków, each built on a hilltop, each a monument to an important figure in the city's history. They are reminiscent of the ancient Slavic tradition of building burial mounds as graves for heroes and leaders, and while two of the mounds are dedicated to great modern leaders, two represent legendary heroes whose lives are swathed in legend.

The Kosciuszko Mound is the most centrally-located and most well-known of the four. It rises just to the west of the Old Town and can be reached by a pleasant walk from the foot of Wawel along the riverbank, and up through the old, elegant mansions of the Salwator district. The mound is dedicated to the great Polish hero Tadeusz Kosciuszko who, at the time of the Partition of Poland in the late 18th century, led the Polish people into an uprising against the Russian army. Outside Poland he is better known as a hero of the American Revolution, which he joined voluntarily, inspired by the ideals of the new nation. An interesting museum on his life and accomplishments is located at the base of the mound; a winding staircase takes you up through the brick citadel, built by the Austrians in the mid-19th century, to the winding path that mounts to the top.

The mound was constructed from 1820 to 1823, by Cracovians of all ages carrying buckets of dirt up the hill. Inside the mound are buried urns with soil from the Polish and American battlefields where Kosciuszko fought. An inscribed granite boulder from the Tatra Mountains is placed at the top. On a clear day, the view over Kraków is spectacular, including the spires of Wawel and church domes of the Old Town, the distant winding river, Wolski Forest to the east with its bluish monastery towers rising between the trees, and sometimes even the hazed peaks of the Tatras to the south.

To the east of the Kosciuszko Mound, a short walk from the Krakow Zoo, the Pilsudskiego Mound is nestled among the trees of Wolski Forest. A gentle path winds up from its base to another lovely panoramic view. It was built in 1934-1937 as a monument to the great military hero, Józef Pilsudski, who led Poland into independence after the First World War. The mound was built from the earth of battlefields over the world where Poles have fought, and even survived a tank attack under communist rule in 1953, when the memory of Pilsudski's heroism represented a dangerous threat to Russia's domination. At the base of the hill is a pleasant picnic spot, a good departure point for an afternoon stroll through the woods.

Much older is Kopiec Krakusa, named after the legendary Prince Krakus, founder of the city. The mound was built somewhere between the 8th and 10th centuries in the center of an ancient gravesite that no longer exists, and Prince Krakus is said to be buried there, although no human remains were found in recent archeological excavations. The mound is located in the Podgórze district, on the south bank of the Wisla, within walking distance from the Old Town via Starowislna Street and the Powstanców Slaskich Bridge. Here, too, you will find a fantastic panorama of the city, and if you come on Easter Tuesday, you will witness a very interesting tradition whose origins are murkily ancient.

The festival is called 'Rekawka', which most likely refers to an old Slavic word for 'grave'. According to tradition, money and food were thrown to the dead as a sign of honour, and in keeping with this tradition, from the Middle Ages wealthy Cracovians would toss food and coins from the top of the mound to students, children and the poor. Today, local enthusiasts of all things medieval stage traditional battles and hold archery contests on the mound every year.

The ancient Krakus Mound is aligned so that if you stand on it on the shortest night of the year, you will see the sun rising over the distant Wanda Mound. Located in the former village of Mogila (a name which means 'burial mound'), now a district of Nowa Huta, the Wanda Mound is the smallest of the four, the resting place of the legendary princess Wanda. According to her tale, she threw herself into the Wisla River in protest, rather than marry a German prince. The mound is built at the site where her body is supposed to have washed up on the riverbank.

In this city of a thousand churches with its strong Catholic foundations, these remaining vestiges of an earlier pagan culture are well worth visiting. 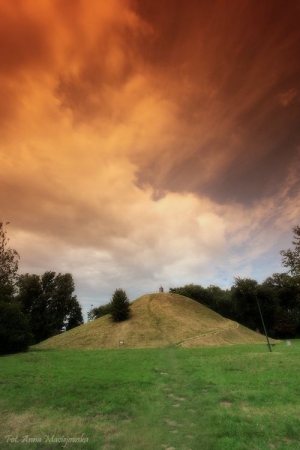 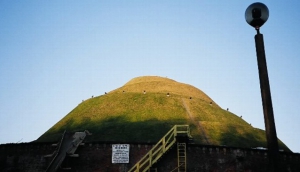 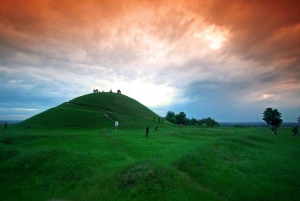 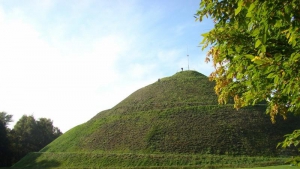 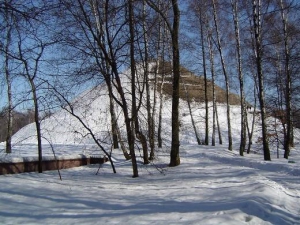 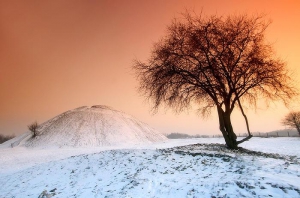